“The mitral valve is probably the most abused and stressed tissue in the body because it is intermittently bent, slammed, tensed, shear stressed, and stretched, 50-200 times per minute, 24 hours a day, 365 days per year for 10-15 years in a dog’s life span. The wonder is not that it degenerates, but rather how it survives so well.”

Chronic mitral valve disease, secondary to myxomatous degeneration is the most common type of heart disease in dogs, accounting for over 70% of heart disease in canines. It has been known to potentially result in congestive heart failure in this species for over 100 years with approximately 30% of dogs who develop the disease eventually developing congestive heart failure.Typically a long pre-clinical period occurs, characterized by morphologic changes that can progress to mitral valve leakage, secondary chamber enlargement, and potentially the development of congestive heart failure years later. Similar degenerative changes are known to occur in both dogs and humans as they age. The prevalence of mitral valve disease in dogs affects between 3-7% of dogs or 2.3-5.3 million dogs, based on the current estimates of the canine population in the US. 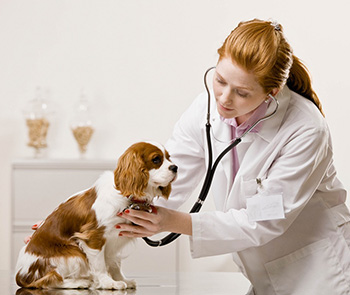 Fig. 1: The Cavalier King Charles Spaniel is a breed highly predisposed to the development of myxomatous mitral valve disease which is now known to be passed on through a polygenic mode of inheritance.

Small breed dogs are most commonly affected, with the prevalence in some breeds like the Cavalier King Charles Spaniel approaching nearly 100% within a lifetime. Highly susceptible breeds such as the Cavalier King Charles Spaniel and Dachshund are now known to pass the disease on through a polygenic mode of inheritance. In dogs, the pathology of myxomatous degeneration is grossly recognized by greyish-white, smooth glistening nodules, often situated on the atrial side of the mitral valve leaflets. In both dogs and humans, inflammatory cells are notably absent from degenerative mitral valves, and therefore inflammation does not appear to play a prominent role in the pathogenesis of this disease.

An annuloplasty adjusts the diameter of the valve annulus by using a purse-string surgical technique to effectively decrease the annulus diameter.

Chordae tendineae are crucial in maintaining integrity of the valve and their length can be surgically adjusted to adjoining papillary muscles, or an artificial chordae tendineae can be inserted. 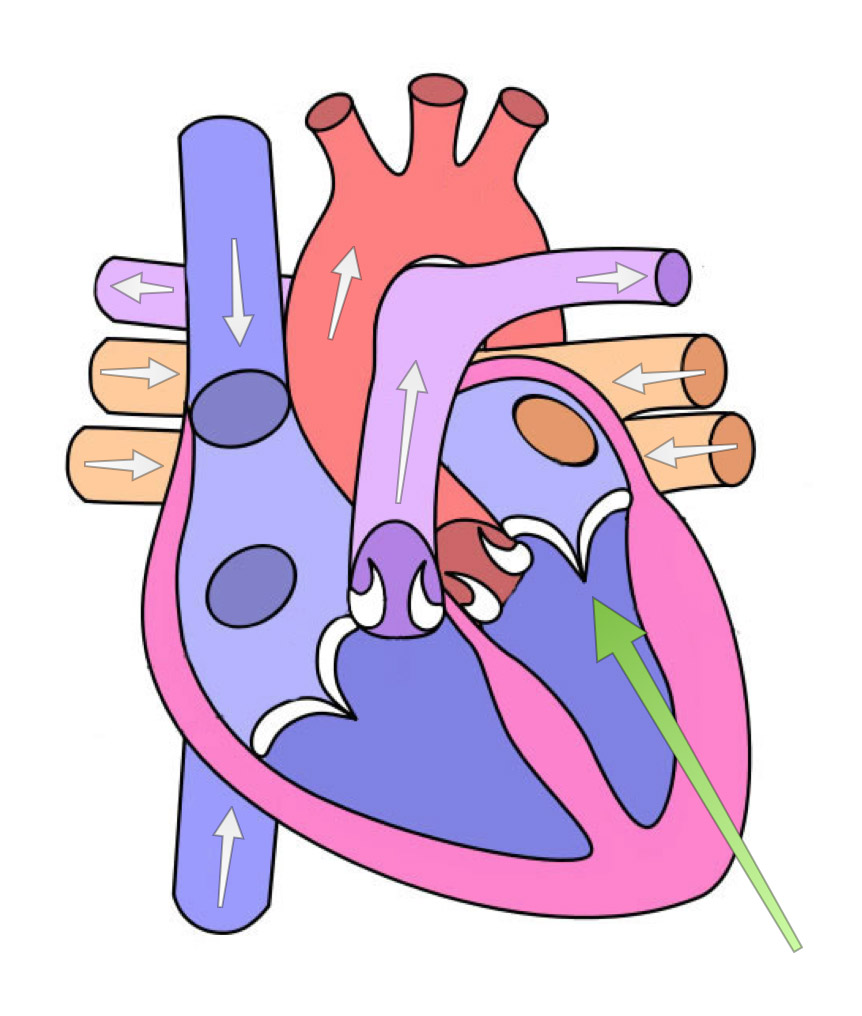 Newer therapies continue to be developed for both congenital and acquired lesions that could have previously only be corrected by means of traditional open heart surgery. Non-invasive procedures involving a transvascular approach that are currently utilized in veterinary patients include balloon valvuloplasty or PDA occlusion with the Amplatz canine ductal occluder. These procedures gain access to the heart through a vascular approach, with entry into the jugular vein or femoral vein for access to the right heart, vs. femoral artery or carotid artery for access to the left heart. The main benefit of a percutaneous approach is the advantage of being much less invasive than traditional open heart surgery. The primary disadvantage to this approach is that it places limits on the size of the delivery catheters and devices that can be used, which can be limiting in very small patients.

A transcardiac approach is a more invasive approach to the heart that requires a small thoracotomy to gain access to the outside of the heart through the left ventricle (Fig. 4). Access can be gained by a caudal sternotomy or a left thoracotomy. The advantage of this approach is that it allows larger catheters and devices to be used. This has expanded options in the development of new devices that can be used in mitral valve repair/ replacement. Disadvantages of this approach include the need for hybrid operating rooms with fluoroscopy, transesophageal echocardiography, or intracardiac echocardiography, and requires a team of both a surgeon and a cardiologist.

Surprisingly, a non-invasive mitral valve replacement has not yet been developed for use in humans. Several designs are currently being investigated, but none have yet reached the stage of human clinical trials. The reason for delay is that there have been several challenges with developing a device for implantation into the mitral valve that have differed from those of aortic valve implants. The non-invasive mitral valve replacement device, or MitralSeal that is currently being developed in dogs, may be ready for implementation in this species, prior to the development of a similar device for use in humans.

The challenges in the development of a transcatheter mitral valve implant to date have been associated with difficulties in achieving reliable fixation of the device. Unlike the typical calcified aortic valve annulus in humans, the mitral valve annulus is more pliable and lacks a fixed diameter. Therefore, fixation of a device within the mitral annulus has relied on factors that involve more than the radial traction between the annulus and the sides of the prosthesis. A second, less important issue, is that access to the mitral valve is inherently more difficult than that of the aortic valve via a transcatheter approach.

The MitralSeal is a prosthesis made of porcine pericardial tissue that is mounted on a self-expanding nitinol stent. Fixation of the device relies on longitudinal traction and utilizes tethers to prevent displacement. Delivery of this device has been performed experimentally with a hybrid transapical approach and utilizes a non-steerable delivery catheter. Access to the left ventricle is gained via a small left thoracotomy. The pericardium is opened and a needle puncture is performed into the left ventricle. Angiography and fluoroscopy are utilized to ensure proper placement within the mitral valve annulus. Once the procedure is complete, a sealing cap is placed over the cardiotomy and tether fixation sites to prevent excess blood loss, and the thoracotomy site is closed (video of MitralSeal valve replacement procedure).

Results to this point were presented at ACVIM this year. The MitralSeal has undergone chronic implantation successfully in normal pigs and dogs. Problems including perioperative bleeding, postoperative pulmonary edema, prosthesis displacement, prosthesis leak and perivalvular leak have all been addressed. The last remaining issue needing improvement, is the issue of prosthesis thrombosis. Pigs have been able to go multiple months without any apparent thromboses or the need for chronic antithrombotic therapies. Unfortunately, dogs have experienced significant thrombosis of the prosthesis within days to weeks of the device being implanted, even with antithrombotic strategies that have previously worked in dogs who have undergone open mitral valve replacement.

Anecdotally, this suggests that dogs are more prone to thrombosis of intravascular devices than other species. Solutions currently being attempted include changing the prosthesis design to decrease areas of disturbed blood flow, different combinations of antithrombotic medications based on dual antiplatelet therapy and/or use of newer generation anticoagulant drugs.

As presented at this year’s ACVIM, the future development of the MitralSeal will include clinical trials once the design of the device has been optimized and all the perioperative protocols have been established in healthy animals. Following this, placing the device in dogs with mitral valve disease will be attempted. Clinical trials have not yet begun.

The initial veterinary trial will include a Phase-I type trial in client owned dogs and will be based on the principles of “compassionate use” and informed consent (compassionate use being treatment of a disease for which no effective alternative therapy exists). The primary purpose of the Phase-I trial will be to establish safety or feasibility of the device rather than efficacy. The goal of this study will be to demonstrate that the device can be deployed successfully and that it will function in a patient with mitral valve disease. An additional goal will be to demonstrate that the device is effective based on the ability to decrease or discontinue medications used to control signs of congestive heart failure for a meaningful period of time.

The next step in clinical trials will be a multi-institutional study in client owned dogs to demonstrate device effectiveness and durability. Efficiency would be compared to standard-of-care treatments in dogs with advanced mitral valve disease (i.e.- medical therapy of congestive heart failure). Although not yet available, the prospect of a mitral valve implant that does not require open heart surgery is exciting. If this device is able to be effectively placed and remain durable in the canine population, it could potentially revolutionize how we treat dogs with advanced mitral valve disease!

My Tweets
Lids, the Prequel