Pancreatitis is common in both dogs and cats, but remains challenging to diagnose. One challenge is that many patients do not present with classical clinical signs, but may have less typical clinical signs, or may even be subclinical. Abdominal ultrasound can be useful for the diagnosis of pancreatitis, but diagnostic success is dependent on severity of disease, expertise of the ultrasonographer, the quality of the equipment, and the level of suspicion by the ultrasonographer. Several different substrates are available for the measurement of serum lipase activity, but none are exclusively specific for the measurement of pancreatic lipase activity and thus may also detect other lipases in serum. Also, lipase activity assays maybe affected by lipemia, icterus, and/or hemolysis. Serum pancreatic lipase immunoreactivity (PLI as measured by Spec PL® and SNAP PL) is the most sensitive and specific diagnostic test for pancreatitis currently available for both dogs and cats. However, integration of all diagnostic data available is key for diagnostic accuracy. Also, in some cases, results of different diagnostic tests may not agree. 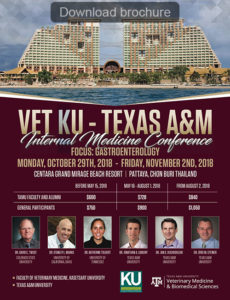 Radiographic changes seen in some cases include a decreased contrast in the cranial abdomen and displacement of abdominal organs. However, these changes are rather subjective and abdominal radiography is not useful for the diagnosis of canine or feline pancreatitis. However, abdominal radiographs maybe helpful in patients with suspected pancreatitis as they may serve to diagnose other differential diagnoses.

Abdominal computed tomography is a routine procedure in humans suspected of having pancreatitis, but appears to be very insensitive for the diagnosis of pancreatitis in the cat and has never been systematically evaluated in the dog. This is also true for magnetic resonance imaging (MRI). Interestingly, contrast-enhanced ultrasound has recently been shown to improve the diagnostic yield for pancreatitis over regular ultrasound in dogs. However, this modality is not yet routinely applied in veterinary medicine.

Serum amylase activity can be measured by use of enzymatic assays, but both sensitivity and specificity are poor and the diagnostic value of measurement of serum amylase activity in dogs and cats is very limited. Serum Lipase Activity Serum lipase activity can be measured by three different methods all using a different substrate. Most assays utilize a 1,2-diazylglyzerol as a substrate. These assays have been shown to have a limited specificity (approximately 50%) for the exocrine pancreas and a limited sensitivity (also approximately 50%) for canine pancreatitis. Over the last 20 years a synthetic substrate, resorufin (DGGR; e.g., PSL assay by Antech Diagnostics), has been used as an alternative substrate in both human and veterinary medicine. While some studies would suggest a higher specificity for the exocrine pancreas than 1,2-diazylglyzercol-based assays, other studies did not confirm these findings. Overall, the clinical utility of DGGR-based assays is probably better than those that are based on 1,2-diazylglycerol, but more studies are needed to confirm these results, and this substrate is by no means specific for the exocrine pancreas in dogs or cats, which has been suggested by some recent studies. One of the limitations of DGGR as a substrate is that DGGR is that the bond hydrolyzed by lipase is the bond between the glycerol molecule and the glutaraldehyde, rather than the bonds of the two fatty acids. This means that DGGR is not only hydrolyzed by lipases, but also by esterases and even proteinases. Also, a recent study has demonstrated that DGGR can also be hydrolyzed by pancreatic lipase related protein 2, which is also synthesized and secreted by extra-pancreatic sources, such as enterocytes and Tlymphocytes.

A point of care assay has been described that uses triolein as a substrate. However, clinical data with this assay are limited and there has been data to show that both hemolysis and icterus have a significant impact on lipase activity when measured using this assay, changes that are rather common in dogs with pancreatitis.

Trypsin-like immunoreactivity (TLI) is specific for exocrine pancreatic function. However, the sensitivity of serum TLI concentration for pancreatitis in dogs and cats is only approximately 30-60%, making it a suboptimal diagnostic test for pancreatitis in both species. However, serum TLI concentration remains the diagnostic test of choice for the diagnosis of EPI.

Recently, a point-of-care analyzer (VetScan cPL for the VUE analyzer, Abaxis) for cPLI has become available. The machine reports a cPLI value that supposedly is ±65 µg/L from the Spec cPL result. Unfortunately, no analytical validation data had been reported, but a recent study showed the assay to lack linearity, precision, and reproducibility. The assay is not very precise (mean %CV: 25.1%) and inter-assay variability is unacceptably high (mean %CV: 31.8%), affecting the actual diagnostic bin in many cases. Another point-of-care analyzer (VCheck cPL®, BioNote) has been released in Asia and is also expected to be released on the US market. While no analytical validation data have been reported in the scientific literature, the VCheck cPL lacks linearity, precision, and reproducibility and is thus not reliable for clinical use. The assay also provided consistently lower results than the Spec cPL, suggesting that the reference interval and cut-off values for the Spec cPL cannot be utilized for this assay. In Asia a feline version of the assay is also available for this device.

In many patients results of diagnostic modalities may disagree as no diagnostic modality shows perfect specificity and sensitivity. Thus, integration of all clinical data available data is crucial at arriving at the most appropriate diagnosis in each patient. However, also the limitations of each diagnostic modality must be considered. The limitations of abdominal ultrasound have already been discussed in detail above. Many gastrointestinal (e.g., GDV, acute gastroenteritis, gastrointestinal foreign body) or abdominal (e.g., peritonitis) conditions are associated with mild pancreatic inflammation, which may lead to increases in serum PLI concentration. It is important to consider these other conditions in such patients. Also, repeat measurement of a serum PLI concentration may help to differentiate primary from secondary pancreatitis.